Our website uses cookies to give you a better shopping experience. If you want to benefit from this, please opt-in.
More Info
Save Preferences
Save time and get the perfect Xmas gift - Get an Online Gift Voucher
Grace & Co Blog > The Meaning Behind Celebrating Mother’s Day
Menu
What Is

The Meaning Behind Celebrating Mother’s Day

Why we celebrate Mother’s Day

Her mother passed in 1905 after spending much of her life caring for wounded soldiers. Anna Jarvis wanted to honour her Mother’s legacy by continuing the work she had devoted her life to.

She admired her own mother so much that she felt everyone should set aside one day a year to honour their own. 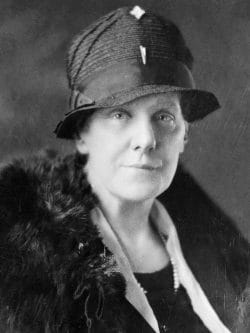 On May 8, 1914, President Woodrow Wilson declared the second Sunday in May Mother’s Day in America. It soon caught on and spread across the world.

Anna Jarvis never got to be spoiled on Mother’s Day as she never had children. She soon grew upset by the way greetings cards companies removed the meaning from Mother’s day and made it about profit, not love and gratitude.

She wanted children to give love, cards and gifts which had meaning and came from the heart. Anyone who has had a homemade card from a child knows that it is worth more than anything.

How do you spell Mother’s Day?

The apostrophe goes between the R and the S as Anna Jarvis felt that it should be the singular of mother as it is about each family honouring its own mother. People who aren‘t sure often call it Mothering Sunday.